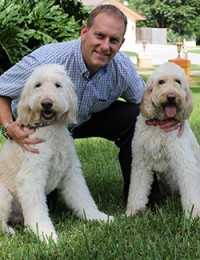 Brian Kreitz and his wife, Amy, have been residents of Martin County since 1980. He worked with a local veterinarian throughout high school and while attending Indian River State College (formerly Indian River Community College). He started out working in the kennels, walking and feeding dogs, and was assisting the doctor in surgeries by the time he graduated IRSC with highest honors in 1991. Brian was accepted early into the College of Veterinary Medicine at the University of Florida (Go Gators!!!) and graduated with honors in the summer of 1996. He and his wife returned to Martin County to raise their family in the community that they so much enjoy. He worked with two local veterinarians from 1996-2001 gaining knowledge and experience and in 2001 purchased Jensen Beach Animal Hospital. Jensen Beach Animal Hospital started in a small, leased space off Jensen Beach Boulevard and moved to its current location, nearly tripling in size, in May of 2008. Brian very much enjoys sports and is active in several local sports leagues in Martin County. He also adores his wife, three children, and his furry children, Jak and Rhode. 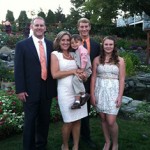 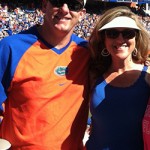